This post is about some popular Al Pacino Quotes collected from his most successful movies and interviews.

Alfredo James “Al” Pacino ; born April 25, 1940 is an American actor and filmmaker. In a career spanning over five decades, he has received several accolades, including an Academy Award, two Tony Awards, and two Prime-time Emmy Awards, becoming one of the few performers to have received the Triple Crown of Acting.[1]

2-Vanity is my favourite sin.

3-The hardest thing about being famous is that people are always nice to you. You’re in a conversation and everybody’s agreeing with what you’re saying - even if you say something totally crazy. You need people who can tell you what you don’t want to hear.

4-I don’t ever give my opinion. Opinions I have about anything are in my personal life.

This is one of my favorite Al Pacino Quotes :)

5-The problem with me is, I guess, the way I express myself, you have to be with me 50 years before you can get a sense of what I’m talking about.

6- The truth is, you know, we need our anodynes. You know that word, anodynes? We need that in life some times. A good warm bath can be one for you, or a whatever.

7-I don’t think actors should ever expect to get a role, because the disappointment is too great. You’ve got to think of things as an opportunity. An audition’s an opportunity to have an audience.

8-There has been a lot of self-doubt and unwelcome events in my life.

9-My dad was in the army. World War II. He got his college education from the army. After World War II he became an insurance salesman. Really, I didn’t know my dad very well. He and my mother split up after the war. I was raised by my maternal grandmother and grandfather, and by my mother.

10-I was not prepared for fame. It hit me hard, and I did not have the capacity to cope.

11-There has been a lot of self-doubt and unwelcome events in my life.

13-All due respect and trying to be as modest as I can be, I am a dancer. But I don’t think I would be on ‘Dancing with the Stars,’ mainly because I would be too shy.

14-When I was younger, I would go to auditions to have the opportunity to audition, which would mean another chance to get up there and try out my stuff, or try out what I learned and see how it worked with an audience, because where are you gonna get an audience?

15-You do get very tired sometimes, when you’re sitting around for hours in movies. You get depleted. 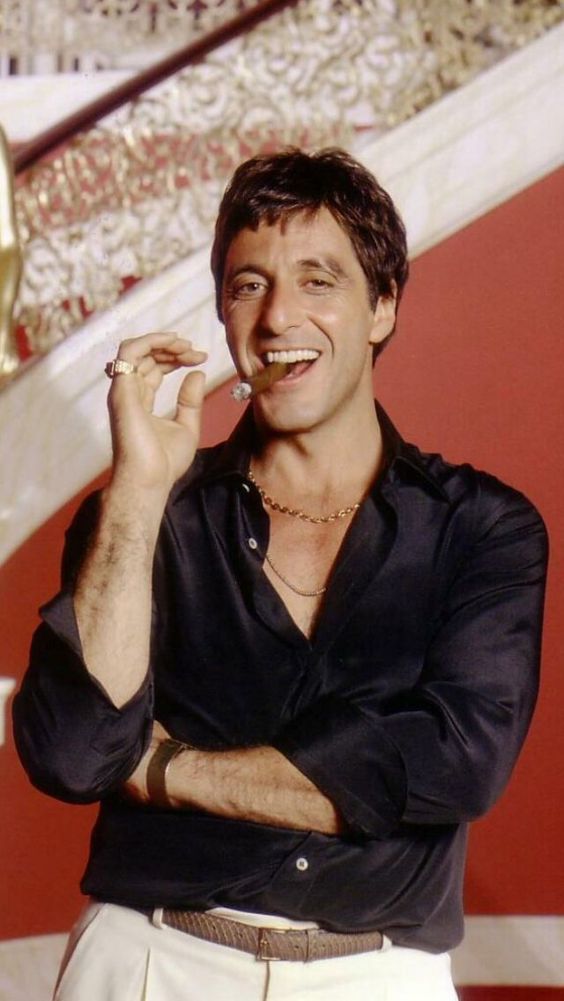 16-In America most everybody who’s Italian is half Italian. Except me. I’m all Italian. I’m mostly Sicilian, and I have a little bit of Neapolitan in me. You get your full dose with me.

17-My weaknesses… I wish I could come up with something. I’d probably have the same pause if you asked me what my strengths are. Maybe they’re the same thing.

18-Playing a character is an illusion, and I feel that when you know too much about a person, possibly part of that illusion is disrupted.

20-My first language was shy. It’s only by having been thrust into the limelight that I have learned to cope with my shyness.

21-You do get very tired sometimes, when you’re sitting around for hours in movies. You get depleted.

22-I don’t need bodyguards. I’m from the South Bronx.

23-You need some insecurity if you’re an actor. It keeps the pot boiling. I haven’t yet started to think about retiring. I was shocked when I heard about Paul Newman retiring at age 82. Most actors just fade away like old soldiers.

24-I remember acting in a school play about the melting pot when I was very little. There was a great big pot onstage. On the other side of the pot was a little girl who had dark hair, and she and I were representing the Italians. And I thought: Is that what an Italian looked like?

25-Some of the roles that are challenging are more in theater and TV. In movies, there’s a tendency to cast actors in roles that have been successful for them. It has to pay for itself.

This is one of the most surprising Al Pacino Quotes…He started as a comic…can you believe that!

26-Did you know I started out as a stand-up comic? People don’t believe me when I tell them. That’s how I saw myself, in comedy.

27-I’ve always been in the theater. I’ve always gone to it. That’s been my way to cope. Early on in my career, I remember running - fleeing - to the theater as a way of coping with all the meshugaas that was going on for me.

29-There are a lot of roles in Shakespeare, basically. If I feel that the script is a movie, I would be interested in doing any role of Shakespeare’s.

30-That’s where humour lives for me. In the body. The Steve Martin kind of stuff or Jim Carrey, that’s what I like. I’ve always felt that’s what I would like to do.

32-Theater for me at one point was a lifestyle, too.

I hope you enjoyed these Al Pacino Quotes.